Bums On Seats: The Play 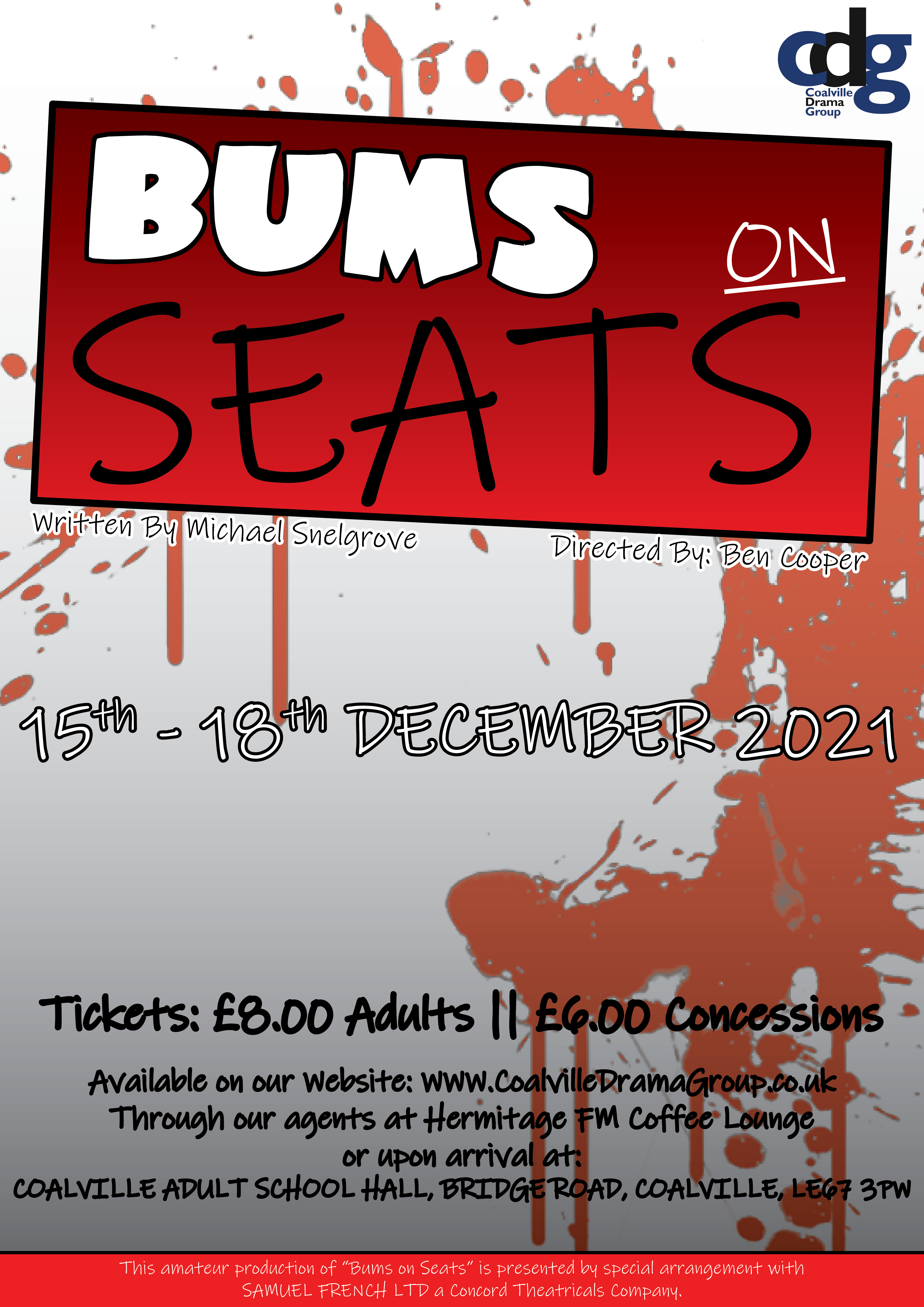 “In a tatty provincial theatre, a new play called ‘Fecund’ is being staged. This uproarious adult comedy introduces everyone involved in a series of hilarious scenes linked by a chorus of usherettes. The stage manager has a blinding hangover, the leading actors range from pretentious to bitter to plainly incompetent, the new marketing assistant used to work for British Rail, the author is lecherous and unscrupulous and the others are just as outrageous. The second act centers on the audience, an equally mixed and unharmonious group. Chaos erupts just as the theatre’s major sponsor arrives. Funny, satirical and technically inventive, Bums on Seats is a treat for theater fans from start to finish.”

Create your own review
Bums on Seats
Average rating:   0 reviews

Keep up-to-date and be in with a chance of winning 2 FREE TICKETS!!! Missed a Mail?
Click here to see our archive.

Abigail's Party, by Mike Leigh, is a classic play that has delighted and 'appalled' audiences for over 50 years. Having seen the play several... Read More...

Fiona
by Fiona on Abigail's Party

Abigail's Party was absolutely fantastic! The acting was so professional and top class. Can't wait for the next production! 🙂